Dr. Chris Ray is a veterinarian in Hermitage. His areas of interest include surgery, dentistry, radiology, and medicine. 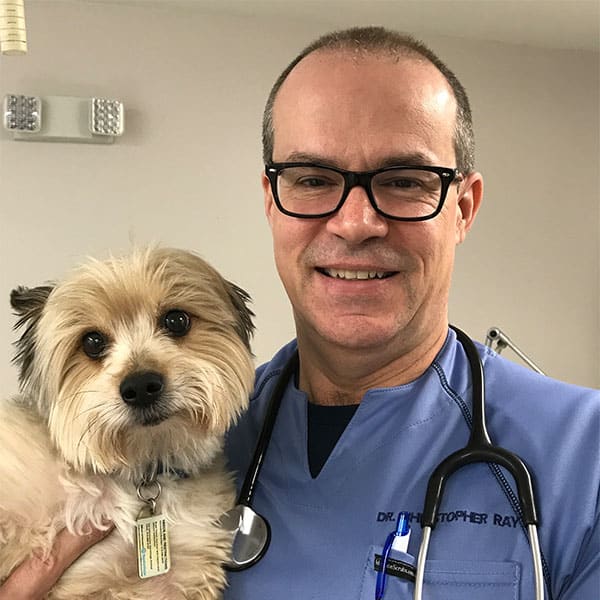 Dr. Ray came to Hermitage Animal Clinic in 2012 after working at Brentwood Veterinary Clinic. He is a Nashville native and attended Hillsboro High School. Dr. Ray became interested in animals at a young age and was encouraged after several years working in the construction industry to pursue his veterinary degree. Dr. Ray received his undergraduate degree from MTSU and his Doctorate of Veterinary Medicine from The University of Tennessee in 2010.

He is married to Amy Ray and has two children, Anna and Wesley. His family enjoys the company of three dogs (Beau, Mira, and Rosy) as well as three cats (Lilly, Gertie and Nola). In his spare time, Dr. Ray enjoys spending time with his family, fishing, sports (UT, Titans and Predators), as well as gardening.